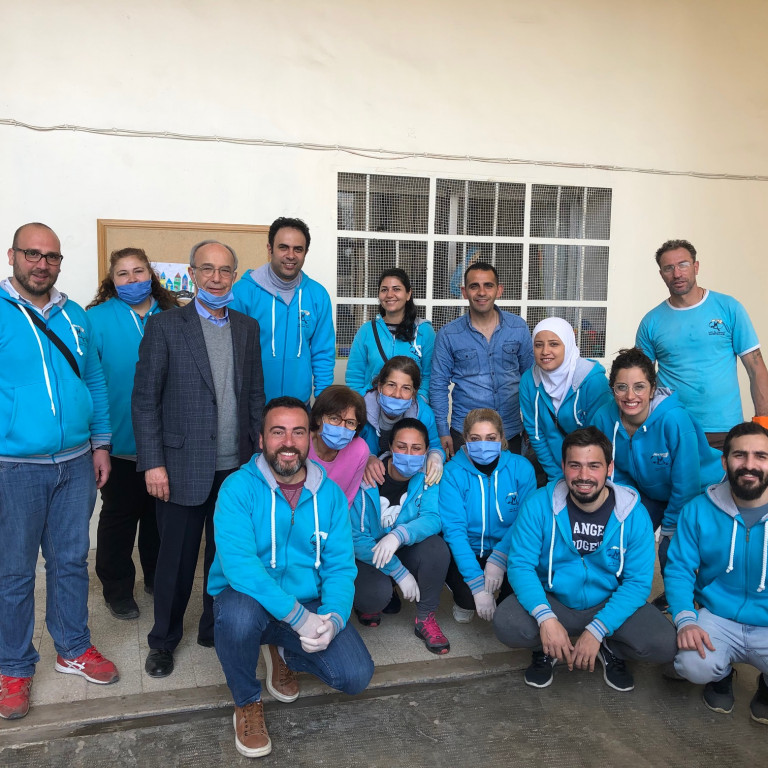 Nabil Antaki is a syrian doctor from the city of Aleppo.

He has a very rich professional career and was very active in research in liver diseases. In 1986, he founded whit his spouse and a Marist Brother an NGO called “the Ear of God” to take care, with dozens of volunteers, of the poorest Christian families of Aleppo. With the beginning of the war in Aleppo, the group changed its name to become the Blue Marists (140 volunteers and 15 programs).

His children  live in the USA and his brothers in Canada. They begged him to leave the country because of the war, specially that his oldest brother was killed by jihadists. With his wife, he decided to remain in the country, in spite of the danger, because he believes in his mission, which is the slogan of the Blue Marists: “live in solidarity with the poor and the displaced families to alleviate the suffering, develop the Human and Sow Hope”.